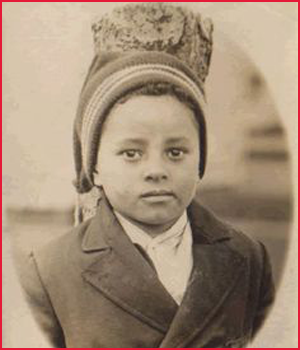 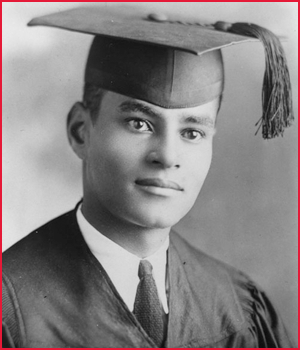 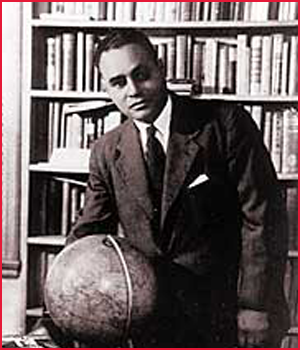 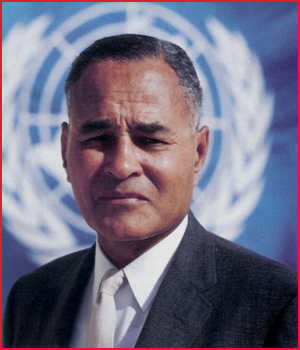 Bunche served as a professor and founding head of the Political Science Department at Howard University from 1928 to 1941, at which point he entered government service as an analyst with the Office of Strategic Services. In 1944, he became an advisor to the State Department and ultimately the U.S. delegation to the 1945 San Francisco conference that drafted the charter of the new United Nations Organization. He is considered by many to be one of the founding fathers of the United Nations.

In 1946 Bunche joined the United Nations Secretariat and in 1948 became chief mediator between the Israelis and Palestinians. For his efforts, Bunche was awarded the Nobel Prize for Peace in 1950. Until his death in 1971, Bunche held additional senior positions at the UN, including Under Secretary for Special Political Affairs.
Bunche is buried in Woodlawn Cemetery in The Bronx. A bust of Ralph Bunche is at the entrance of Bunche Hall, overlooking the Sculpture Garden at UCLA. Ralph Bunche Park is in New York City, across First Avenue from the United Nations headquarters. The Ralph J. Bunche International Affairs Center is located in Washington, DC on the Campus of Howard University. Ralph Bunche’s house is in the Brookland neighborhood of Washington, DC, where he resided for many years.